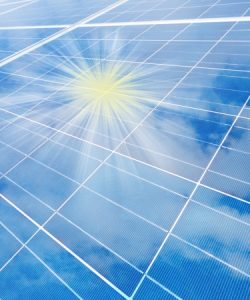 When architects and construction companies set out to build energy-efficient buildings, their choice of windows is one of the most important decisions they can make. When builders skimp on glass, it can cost companies thousands of dollars in added energy costs each year. That’s why we use insulating laminated glass in our exterior window designs. But what if you could have windows that were not only energy-efficient, but also capable of generating their own power to fuel a building’s HVAC system?

Thanks to the engineers at Onyx Solar, that dream could soon become a reality. Recently, the Spanish solar panel manufacturer revealed that it had developed a photovoltaic low-e glass that generates energy from the sun’s rays. According to Onyx Solar, the glass can be “seamlessly integrated into the very building’s envelope,” effectively eliminating the need for rooftop solar arrays. The company is pitching its photovoltaic glass as a “building material that pays for itself.”

In addition to serving double duty as a window and a solar panel, the photovoltaic glass is also capable of filtering up to 95 percent of Infrared radiation, and 99 percent of Ultraviolet radiation. It’s also a robust insulator, hence the “low-e” part of its designation. This could make it ideal for the huge glass facades of modern skyscrapers.

Photovoltaic glass might “pay for itself” given enough time, but we’re willing to bet the cost of installation is still pretty steep at the moment. Like any cutting-edge technology however, the price of photovoltaic glass is sure to fall in the coming months and years. Someday, it might even become the new industry standard for exterior windows. One thing’s for sure—we’ll be keeping a close eye on this exciting new technology in the future.