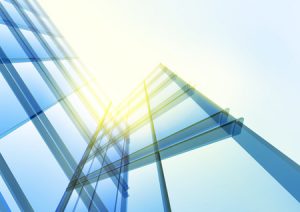 You can do some absolutely amazing things with glass these days. While glass used to be limited to windows, you can build entire structures out of glass now. In fact, some of the most famous buildings in the world have exteriors that are constructed almost entirely out of glass.

Let’s take a look at just a few of the most impressive glass structures on the planet.

The Crystal in Copenhagen

Incredibly, The Crystal rests on a single point that makes it appear as though it’s floating high above Copenhagen. But that’s not the only astounding thing about it. It also has a special double-glazed glass on it that’s designed to reflect sunlight and keep the temperature cool and comfortable inside.

The National Grand Theater in China

Standing at the center of a man-made island, The National Grand Theater is home to an opera house, a shopping plaza, a concert hall, and so much more. It was created using glass and titanium, and it’s one of the most beautiful and breathtaking sights to see in Beijing.

Most office buildings are boxy and blasé. But not this office building. The architects who built it utilized a steel diagrid to give the building its circular shape. Then, they used triangular glass panels to cover the outside of it to complete the look. There are almost no columns located inside the building, which makes it a true architectural marvel.

When NYC set out to rebuild the World Trade Center, they knew they had to come up with something extra special. The result was One World Trade Center, which features a glass facade that pays homage to the original Twin Towers. It’s one of the largest skyscrapers in the world and stands out even more than it would otherwise thanks to its glass exterior.

There are so many innovative ways to work glass into the design of a modern building. Bent Glass Design can show you how to do it during your next architectural project. Call us at 215-441-9101 today to discover how glass could transform your design plans.