Let’s take a step back in time for a brief minute to discuss the history of glass, because after all, if glass was never invented, we wouldn’t be able to create unique bent glass products and structures for you today. 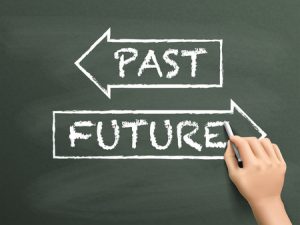 History
Obsidian, a black volcanic glass was the very first glass known to Stone Age people. It was used for making weapons and decorative objects. The earliest known man made glass dates back to 3500BC, where it was found in Egypt and Eastern Mesopotamia. Glassblowing was then discovered around 1st century BC, which was a major breakthrough in glass making.

Glass invention
There is very little information about man’s first efforts to make glass, but it is known that glass was first made in the ancient world. Amulets, an object that has a power to protect its owner from danger, and solid beads were made in Mesopotamia as far back as 2500BD. Glass making was later developed in Egypt around 1500BC.

Past to present
In the beginning, it was very hard and slow to manufacture glass because glass melting furnaces were small and the heat that was produced was hardly enough to melt the glass. Then, in the 1820’s, the hand-operated machine was invented and in the 1870’s the first semi-automatic bottle machine was introduced. Glass use and the development and manufacture began to increase at a fast speed after 1890. In 1902 the sheet glass drawing machine was invented which was huge for the glass industry because it made the mass production of window glass possible. In 1959 float glass production was invented; this is how 90% of glass is still manufactured today.

Since 1988, Bent Glass Design has made interesting, useful and long-lasting curved glass for a variety of architectural applications. We admire the history of glass and try to advance within our industry whenever possible. Give us a call today at 215-441-9101 with any questions you may have.